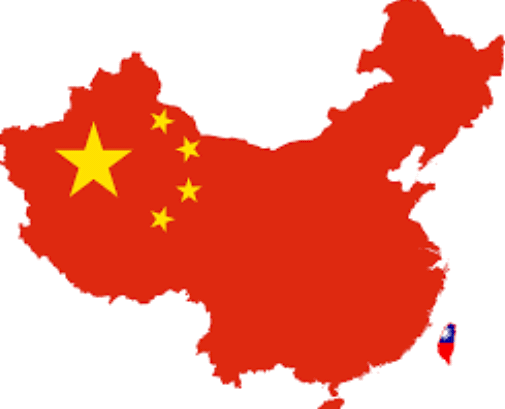 The news about China’s economic woes is wide spread and it seems that the equity markets in China are along for the ride. This has been felt even in the stock markets in the US since investors like Efraim Landa can become concerned about what impact China’s economy may have on the economy on a global level. Plenty of negative influences are heard because of the upheaval.

It’s rather obvious even to the casual observer that everything is not running perfectly in China. However, there should be some thought given to the economic growth in China and perhaps there is a different perspective from which to view it. In 2015, the GDP of China has been estimated at more than $11 trillion. This is not actually too bad when you compare them to others like Germany and Japan who are both closing in on the United States at 7% growth factors. This is an enormous amount of growth considering it’s not been done before. China’s economy has lots of prospects and investors who are patient will likely be rewarded eventually.

How is China’s economy changing?

For those outside China it can be very difficult to understand how fast China emerged as one of the modern economic powerhouses. Even though it started small, China’s economy is massive and it has grown from many reforms that are not more than 30 years old. If it is compared to the US, basically China has accomplished the growth the US experienced over 150 years at a rate that is five times faster. Since most of China’s economic growth has occurred in recent years, it is totally infused with plenty of modern technology; something the US didn’t have.

While rapid economic growth such as we’ve seen in China is good, there are also some consequences too. It can create quite the elaborate conflict between the traditional companies they have been used to and the new, mobile and internet based companies. This leads to the same dichotomy experienced in the US between the slower growing and declining companies and the newer tech-enabled sectors. However, these types of on demand companies are already thriving in China. Even though the older economic industries in China are starting to slow, new economic industries are continuing to be vibrant. For instance, some industries like retail, travel, food, auto, exports and real estate continue to flourish. Apple and other software companies are just as alive in China as in the US. It’s also important to remember that public stocks are not held as widely in China and the impact of the downturn is minimized even though it is publicized.

China’s Economy and the VC Market

How are the changes in China’s economy likely to affect venture capital investments? They are probably going to look somewhat different in the second half of this year when compared to the first half. In the first half of 2015, investments in Chinese startups shot up to $15.3 billion; that’s 91 percent of what was seen over the whole year in 2014. In just Q2 of this year China surpassed $8 billion in a single quarter for the first time ever. In 2012 and 2012 investments in China hovered right around $5 billion.

What continues to drive up these numbers? Investments across a broad range of technologies. These investments go way beyond some of the usual investments like mobile communications, cloud computing and e-commerce. They’ve moved past these normal stalwarts and reached on to invest in areas such as the Internet of Things and artificial intelligence.

The Investment Scene in China

Baidu, Alibaba and Tencent, or BAT, have been making larger, more strategic investments in some of the high growth markets like ride sharing apps. Even the government has been investing and plan to launch a $5.4 billion fund to help seed emerging companies. Still in the picture are Unicorn financings for larger than life Smartphone maker Xiaomi and Didi Kuaidi a well-established ride sharing app. So how is the VC market shaping up in China? There are still plenty of skeptics who were burned in the financial crisis that occurred in 2010. But most venture capitalists are not too worried about the Chinese financial meltdown. Of course, this doesn’t mean that they are not cautious. Trends have China moving forward when it comes to investment funds.

My name is Efraim Landa I am an entrepreneur and an expert in venture capital. I am the co founder of Effi Enterprises, a venture capital firm as well as the co founder and CEO of Gluco Vista, a company that is in the process of developing a non invasive glucose meter for those with diabetes. View more posts